New cars, features, fixes and more are on the way to the legendary series’ recently released PS4 entry.

It has been a few weeks since we launched GT Sport, and it’s been really exciting to see so many people take to the track. In fact, we’ve already seen over 26 million hours of gameplay around the world, so now we want to share with you our plan for what’s next with the game, including new cars and game features through Patch 1.06 in November, and the introduction of the “GT League” in December.

In addition to the new cars, when the patch drops on November 27 you can also look forward to the Livery Editor, Scapes and Campaign modes becoming available to play offline (you will still require internet access to save your progress). There will also be various tweaks and adjustments to balance the gameplay.

Launching as part of our free December update, we’ll be introducing a brand new single player mode called “GT League”. Based on the old “GT mode” of previous titles, players can now look forward to racing through a series of cup competitions from beginner to pro levels, and and even partake in endurance races!

Check out the screenshots below to get a sneak peek of what you can expect in December. We’ll be adding more races to these leagues in 2018. 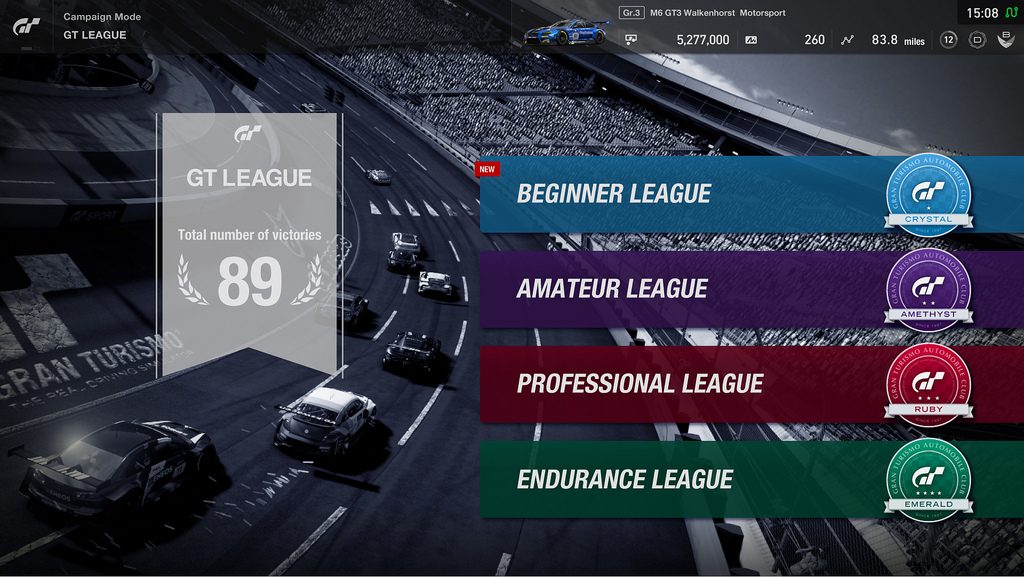 In addition, the following 12 cars will be added to the game in the free update of December 2017:

From now to March 2018, a total of approximately 50 cars are already planned for addition to the game. And the updates will continue beyond March! You can of course look forward to the addition of new tracks as well, so stay tuned!

Be sure to stay tuned to official GT and PlayStation channels as there are plenty more updates to come from the team. Until then, happy racing!