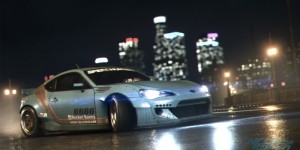 Another Need For Speed game update is scheduled to be released today, check out some of the details below and read the official blog here.

Snapshot Pro – A mode which will allow you to create some stunning photos of your favorite car with color filters, lens effects and more. (Read more about it here)

Wrap Sharing – Wrap Sharing has been one of the most requested features to date and because of this we’re adding a new option within the Paint and Wrap section that will allow you to browse and download wraps shared by other players. If you’re a wrap creator then simply mark your creation as shareable and it’ll show up for everyone else.

Customization Items – Customization continues to be something we see you talking about and requesting more of, which is why we’ll be following in the footsteps of the Legends update and adding another 100+ new customization items in this update.

In total, eleven new cars will be getting new parts:

Multiplayer – Want to test your skills against other people? We’ve added a “Competitive” option at the front menu which will see you placed in a game with other players who are also looking to race competitively. Or, select “Alldrive” and you can experience Need for Speed as it is now.

License Plates – You’ll now have the option to customize the license plate on your car, giving you even more options to personalize your ride.

You’ll be able to choose from a selection of backgrounds from past NFS games including; Redview, Fairhaven, Palmont City, Rockport, Olympic City, Bayview and Tri City Bay. Alongside the backgrounds you’ll also be able to apply a number of frames to complete the look.

Gas Stations – Players of previous NFS games will be familiar with the gas stations and their ability to repair your car. Something we heard directly from you, the NFS community, is that you wanted this functionality brought back. You missed the option of having your car look new again, instead of having to wear the scars of racing until you ventured back to the garage.

As such, all gas stations in Ventura Bay will now repair your car, free of charge. Simply drive your car through the station and it’ll be looking as good as new. And to help you out further, we’ll be adding all gas stations as points of interest on the map.

Need For Speed Update 1.05 ‘Showcase’ Is Now Available To Download For PS4 And Xbox One