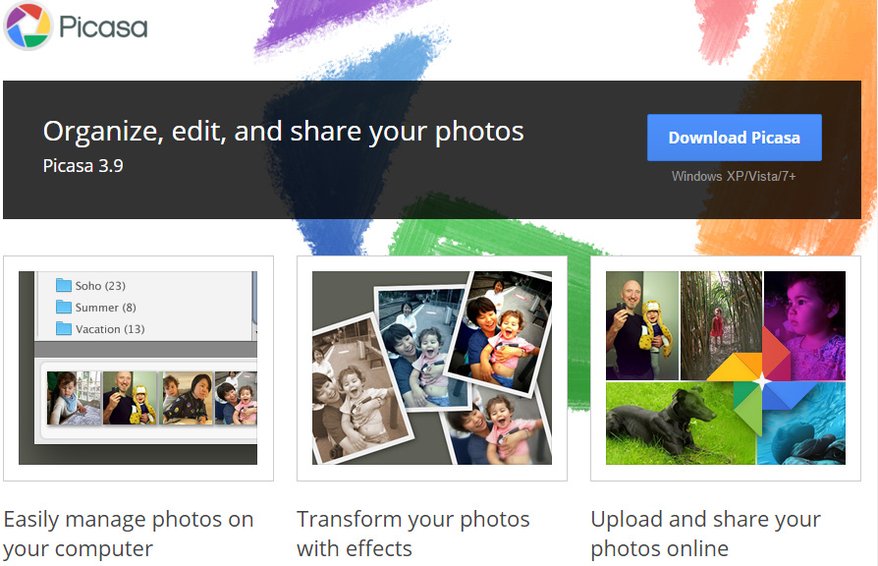 It doesn’t make a whole lot of sense for Google to maintain two separate but similar photo services, and so it’s not going to—Picasa is out and Google Photos is in.

Google didn’t come at this decision lightly. Instead, Google said it decided to phase out and retire Picasa over the coming months only after giving the situation “much thought and consideration.” The time spent mulling the issue led Google to decide that it can build a better experience by focusing its efforts entirely on one photos/videos application rather than juggling two.

“We believe we can create a much better experience by focusing on one service that provides more functionality and works across mobile and desktop, rather than divide our efforts across two different products,” Google stated in a blog post.

Google expressed sympathy for those who might have spent hours managing their collection of photos and videos in Picasa. As an acknowledgement to that, Google said it won’t rush through the transition process, making sure it has sufficient time “to do this right” and also provide users with various options and easy ways of accessing their content.

The process has already begun. For those who have photos or videos in a Picasa Web Album, they’ll find that same content by logging into Google Photos where they can continue to upload new ones and organize things as they see fit. There’s no need to go into Picasa and make backups and/or re-upload to Google Photos.

What if you’re a Picasa user and don’t want to use Google Photos? Google said it’s creating a new place where you’ll still be able to view, download, or delete your content. However, you won’t be able to create new albums, nor will you be able to organize or edit existing ones.

You have some time to adjust to the changes—they’ll begin rolling out on May 1, 2016. Then on May 15, Google will stop supporting the Picasa desktop application. If you already have it downloaded or installed, it will still function, it just won’t receive any further updates.

Google to Shutter Picasa, Focus on Google Photos Instead