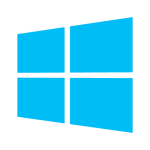 We’re exactly six months through Microsoft’s unprecedented free upgrade offer for Windows 10. The offer officially expires July 29, 2016, on the one-year anniversary of the new operating system’s release. But what happens then? I see three possible scenarios.

Microsoft’s ambitious plan to get Windows 10 running on a billion devices within the next few years depends to a large extent on the success of its free upgrade offer.

When the company first announced the terms of that offer last May, it literally included an asterisk and fine print. Those terms have changed slightly over the intervening months, but one element has remained constant: The offer is good for one year after the availability of Windows 10.

Here’s the actual wording of the offer, as it appears today:

Upgrade confidently – 100+ million fans have upgraded and are loving it. You’ll have a free, full version of Windows 10 — not a trial or a lite version — if you complete your upgrade before July 29, 2016.

And this is what currently appears in the fine print at the bottom of that page (emphasis added):

In fact, Microsoft’s real goal with this upgrade offer isn’t just to get its installed Windows 10 base to a billion. The long-term goal is to help close the books on Windows 7 in an orderly fashion before its extended support commitment ends on January 14, 2020.

Some of those Windows 7 PCs will simply be retired, of course. But what about those that are only a few years old and have more than four years of usable life ahead of them? For Microsoft executives, the prospect that hundreds of millions of PCs will still be running Windows 7 on New Year’s Day 2020 has to bring back unpleasant flashbacks of Windows XP’s messy end.

I see at least three possible scenarios playing out when July 29, 2016 rolls around.

Scenario 1: Microsoft sticks with its deadline and begins charging for Windows 10 upgrades.

There’s plenty of precedent for this, based on past behavior. For Windows 7 and 8, Microsoft offered significant introductory discounts and then ended them on schedule after a few months, with no extensions. I suppose that could happen here, too. But does it make sense?

There’s no financial reason to pull the plug after one year. Retail upgrades have historically represented a microscopic share of Microsoft’s revenue (see the chart in this article), and most customers who might have been willing to pay for an upgrade will have taken advantage of the free offer by then.

Asking existing Windows 7 users to pay $99 or more after they’ve spent a year avoiding the free upgrade seems like a surefire way to guarantee that they never upgrade. That significantly increases the risk of an XP-style mess come 2020.

I consider this scenario highly unlikely.

The point of imposing an expiration date is to add some urgency to the upgrade decision. Act now! Don’t be shut out!

In theory, the company could get to the end of the free upgrade period, declare that the entire program has been an unbridled success, and just extend it.

But all that strategy does is provide an excuse for laggards to keep kicking the can down the road for as long as possible. That doesn’t align with any of Microsoft’s goals, and as a result I consider this scenario also highly unlikely

Sometime in the first half of 2016, Microsoft plans to ship the next major feature upgrade to Windows 10, codenamed “Redstone.” Members of the Windows Insider program are currently testing preview releases of the first Redstone builds, and the release notes for the latest build, 14251, offers a hint that new features will begin arriving very soon:

We’re at the beginning of a new development cycle for our next feature update to Windows 10, and that means teams will be checking in lots of new code as they integrate their feature payloads.

In the new “Windows as a Service” model, Microsoft says it plans to deliver two or three new releases each year. So let’s assume that Redstone arrives six months after the version 1511 update. That would put its release date in May 2016, which would give Microsoft about two months for one final push to convince holdouts to take advantage of the free upgrade offer before it expires.

And then July 29, 2016, rolls around. That’s a perfect opportunity to brag about the success of the upgrade offer so far and to say it’s been so successful that Microsoft is extending it for a limited time. (Remember, the point of the deadline is to add urgency.)

Another possibility? December 31, 2016. New rules for the New Year, and an opportunity to capture upgrades from one last holiday buying season.

But the most likely date, as far as I’m concerned, is July 17, 2017. That’s the date when Microsoft plans to drop support for Windows 7 and Windows 8.1 on hardware that’s based on the latest generation of Intel CPUs, codenamed Skylake. Aligning those dates would be perfectly in keeping with Microsoft’s long-term goals and offer a carrot (free upgrades) to go with the stick (an early end of support) for those customers.

After watching Microsoft in action over the past few years, I’m fairly certain that even the top executives haven’t yet decided exactly what to do in six months. That decision might not be made until very late, and it certainly won’t be communicated to the public anytime soon.

If someone tries to tell you they know what will happen come that day, don’t believe them.

Source: ZDNet
What happens to those free Windows 10 upgrades after July 29, 2016?